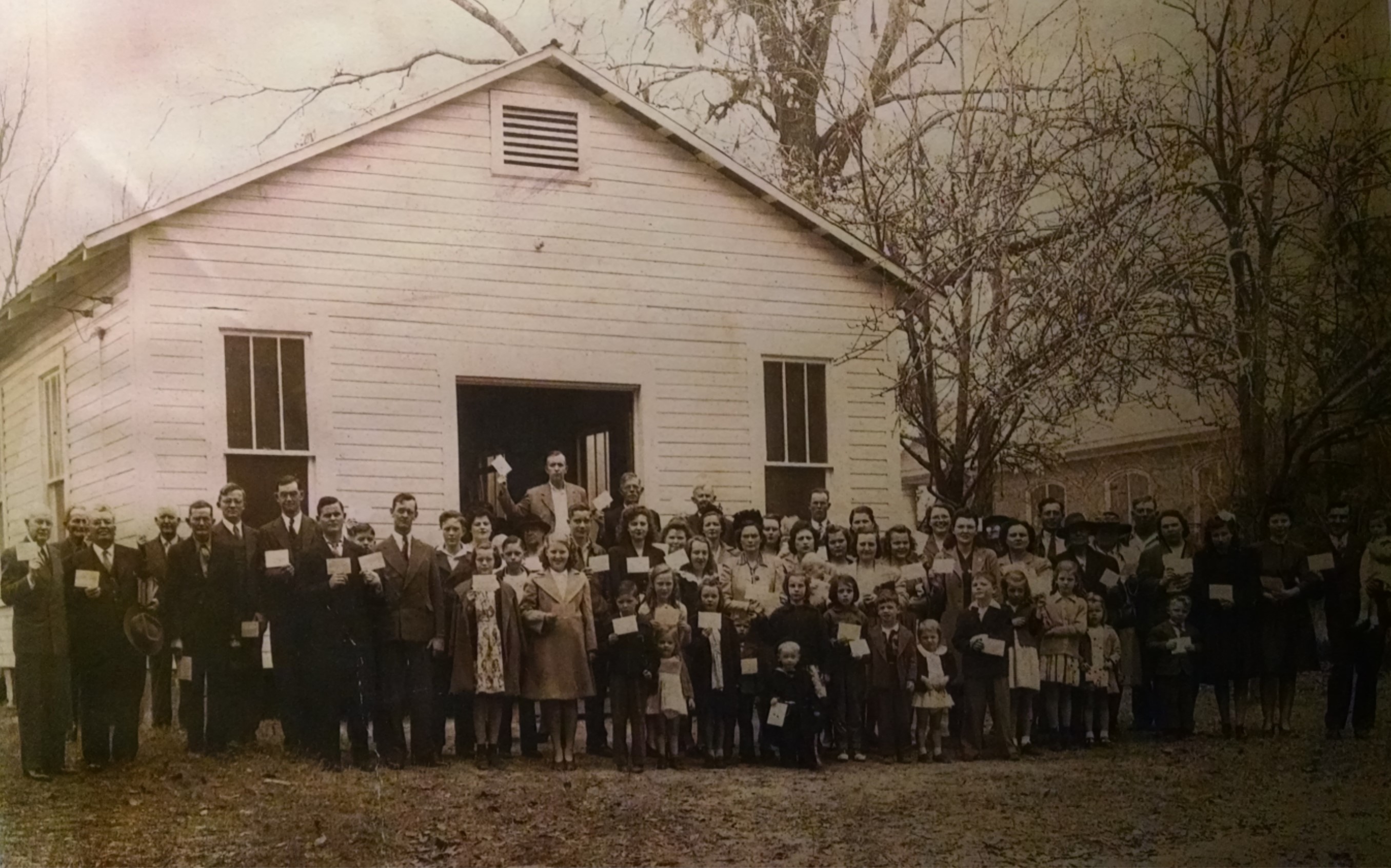 Calvary Baptist Church was originally named Second Baptist Church and was organized on April 25, 1940. The land for the church was donated by Mr. S.C. Walker Sr. and a small church building that was not being used was secured and moved to the lot. At that time, Calvary was a part of the Southern Baptist Convention but later (in 1962) it withdrew from the convention, and became an Independent Baptist Church.

The second building (pictured above) was completed in 1946. The first building was converted into Sunday School rooms, then remodeled as a pastorium, and later sold and moved. The second building has been converted into Sunday School rooms, the nursery, and the Pastor’s study. It is still being used. The third building was built in 1970-72 under the pastorate of Bro. Doyle Davis and was updated in 2013-14.

Calvary has stood on the authority of the King James Bible for over 80 years and has no plans of changing or compromising the “old paths” (Jer. 6:16).